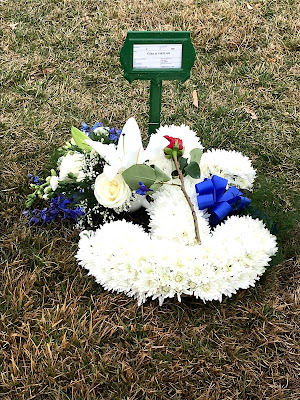 February has flown by fast this year.  On the 12th, we finally buried Pop's cremains as he wished at the Northern California Veterans Cemetery. Only 7 of us showed up. We were allowed 12. Then we had the Chaplain from the Veterans Home and 3 guys from the Navy Reserves and 2 older Navy veterans from WW2, the Submariners group came. That came up to 13 which they overlooked. The day was partly cloudy and very cold with a brisk wind coming off those mountains of snow. The headstone should be installed within 60 days.
Everyone came back to the house where I had a simple buffet of croissant-sandwiches, potato salad, and fruit. That's where everyone loosens up and we had some good laughs.
Navy's new house kept getting delayed. The other realtor was a part-timer so he wouldn't answer questions and it would take days before he would get back to the kid's agent. Just rude and cost them a lot of time. They had to be out of their apartment on the 20th. They finally got the keys to the house late Friday afternoon the 19th! Fortunately, the apartment manager gave them until Sunday. So we moved them on Saturday - ALL DAY. Sunday they cleaned the apartment.
This coming Sunday, we rented a U-Haul trailer to haul down to Watsonville, to finally pick up my deceased sister's stuff that her husband was saving for Nina. Now Nina is gone, and I am the next in line. apparently, there is the furniture and many boxes of personal items as well as photos from my mom and dad, that I divided up after they passed away. We will leave out early Sunday morning - it will be a 5 -6 hour drive. We'll take out the back seats in our van and should have plenty of space. 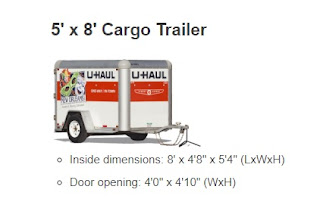 I was going to rent a U-Haul down there - just for the one way. But because it is in Santa Cruz County, the prices are outrageous. It was cheaper to rent it here and then haul an empty trailer down there. A 5x8 enclosed trailer is $18.95 for 24 hours. No mileage since it is a trailer. A 5x8 in Watsonville is $129.00 for 24 hours.
Oh well, a good thing I checked.
I will be so happy when this CHORE is done.
From My House - For the homemaking side of me
Labels: Pop

This is MY BLOG MY OPINION.

I don't go to your blog and argue with you because we may have different opinions. If you can't say anything nice, I'd prefer you to say nothing. I will exercise the DELETE button if I have to. 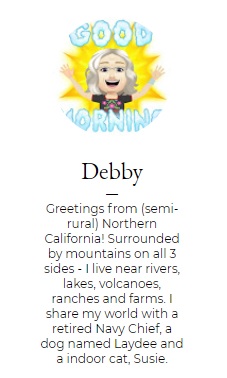 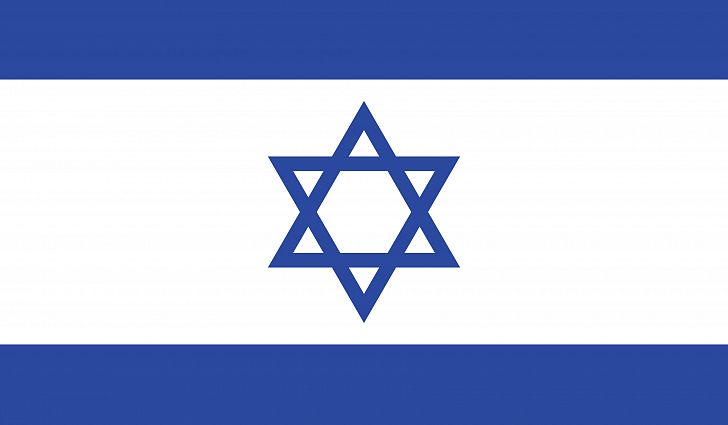